It’s something rarely talked about (at least, I only found out myself recently) that Japan has an aboriginal population who were there long before the people we now call the Japanese arrived. They’re called the Ainu, there’s officially about 20,000 of them and they mainly live in the north. Traditionally, the men grow great beards and the women had mouth tattoos (see below). 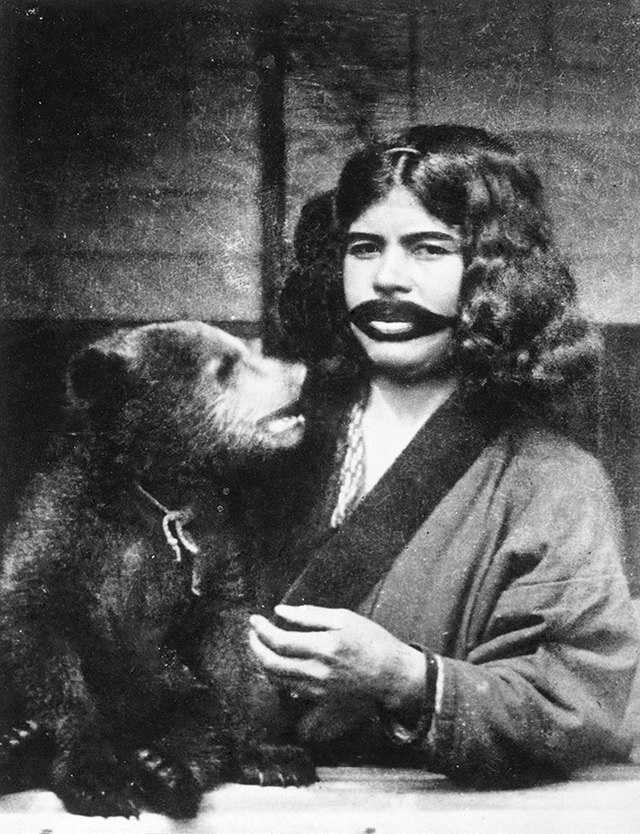 Their closest genetic relatives are islanders in the Indian Ocean, which you might not guess given the Ainu are pale skinned (to an extent scientists believed them to be Caucasian until dna testing came along). They were officially recognised by the Japanese state in 2006, after a lot of campaigning.