What the hell? Crazy! I thought I’d be in an asylum by this point. But, yes, I’ve been without nicotine for four weeks now.

Okay, so I swapped from cigs to vaping a few years back so maybe I’m not the tough guy the title of this post might lead you to surmise but… well, hats off to vaping. It’s a valid way of quitting (should you want to), leastways, I found it easier to quit this time than I did from roll-ups a decade back. Or maybe I’m just older and have more strength of mind. Or I’m more aware of mortality. There’s always that. Whatever, it’ll be a damn shame if e-cigs get banned in a knee-jerk reaction, as looks possible.

I was wise enough to wait until my housemate went on holiday before I tried quitting, not to mention doing so while I had a week off from work. It was just me and a cat in an otherwise empty house. The cat knew to keep a low profile and for that I’m thankful to you my dear moggy.

I treated myself to takeaways every other day and played Borderlands 2 incessantly. I generally steer clear of video games but BL2 had just the right amount of whimsical psychopathy to stop me rushing into the garden and howling at the stars whenever the ciggy-jitters kicked in. But I was still a pendulum of emotions whatever I did, a pendulum roughly outlined by the two images below. 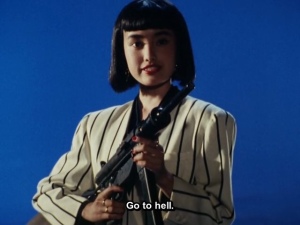 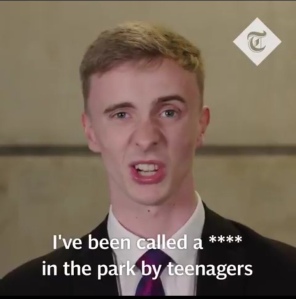 But a month has passed and I’m a lot better now. Mostly. I can run a wee bit further and I’m enjoying going to the cinema and never worrying about having a cheeky toke (the trick is to wait until an action scene happens and then cover the vape’s light as you inhale). On the other hand I feel like something’s missing after a meal, the post-nom-nom smoke being the greatest smoke of all. Oh, and I keep grinding my jaw. That’s a sod. I’ve been doing that so much I have to take pain killers during the day and wear a gum shield at night. A necessary sacrifice but CHRIST’S FAT COCK I hope the grinding fades away. My skull’s a suspension bridge in an endless earth tremor.

And there’s my problem: my jaw grinds like Miley Cyrus in a culturally insensitive tv performance whenever I write. I never realised how integral vaping was to my process. Now I have to wear my gum shield (I’m wearing it now) but its not enough. I have to suck on a biro too. Not just suck but actively pretend to inhale and exhale, exaggeratedly so, like I’m a character actor in a John LeCarre spy drama. And yes, I have as much distain for myself as you do for me as you read this.

So I’ve barely wrote a thing. Edited, sure, but write? It’s just too much. Tell a lie, I did write something about a week into quitting. A review of my time at Dublin’s Worldcon and all the events that occurred. And it’s a piece of shit. A self-satisfied, waspish, flailing and frankly bizarre screed. Who knows, maybe I’ll post it, maybe I won’t. But if I do it’ll be more a warning to any writers thinking of kicking nicotine, like a head on a spike ‘pon the city walls of my creativity.

But the pain will pass. I’ll write again, like before.